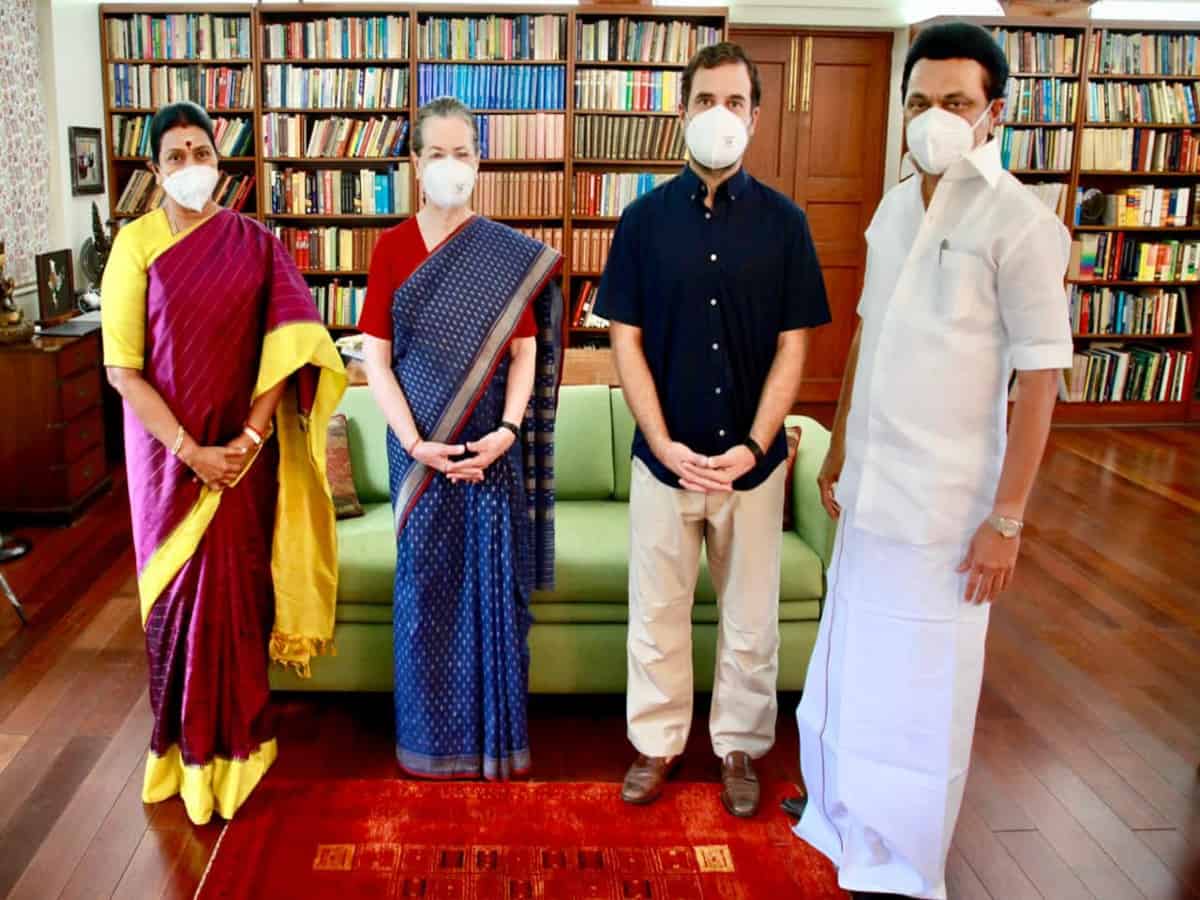 This is the first meeting between Stalin and Sonia Gandhi after the DMK-Congress alliance was elected to power in the just-concluded assembly elections in Tamil Nadu.

The leaders are learnt to have discussed the new government’s schemes and policies in the state, where the Congress is a junior partner.

“We will keep working with the DMK to build a strong and prosperous state for the Tamil people,” he said.

Via PTI – The Siasat Daily https://www.siasat.com