Tuesday, June 22, 2021
Israel's new Prime Minister Naftali Bennett called upon the international community to "wake up" to the election of Iran's...

Israel's new Prime Minister Naftali Bennett called upon the international community to "wake up" to the election of Iran's next president, Ebrahim Raisi, and the perils of returning to a nuclear agreement with Tehran.

Bennett condemned Raisi as a "hangman" as he opened his first cabinet meeting on Sunday since swearing in his new coalition government last week.

Iran's hard-line judiciary chief, Ebrahim Raisi was elected the next president on Saturday with 62 percent of the vote amid a historically low voter turnout.

He is sanctioned by the United States in part over his involvement in the mass execution of thousands of political prisoners in 1988, at the end of the Iran-Iraq war. Raisi has not commented specifically on the event.

At the Cabinet meeting in Jerusalem, Bennett said Iran's Supreme Leader Ayatollah Ali Khamenei had chosen the "hangman of Tehran" to be the country's next president, a man "infamous among Iranians and across the world for leading the death committees that executed thousands of innocent Iranian citizens throughout the years."

Raisi's ascendancy comes at a sensitive time for the region, as Iran and world powers resumed indirect talks in Vienna to resurrect Tehran's tattered 2015 nuclear deal which granted Iran sanctions relief in exchange for curbs on its nuclear programme.

Israel was staunchly opposed to the landmark nuclear deal and welcomed then-president Donald Trump's decision to unilaterally withdraw the US. from it. Since then, the agreement has unraveled, with Iran abandoning all its limitations on enrichment after the Trump administration restored crippling economic sanctions. Tehran is currently enriching uranium at its highest levels ever, though still short of weapons-grade levels.

Although the White House has yet to weigh in on Iran's election, President Joe Biden's national security advisor, Jake Sullivan, said on Sunday that the outcome was unlikely to affect nuclear negotiations because Iran's supreme leader wants the deal restored.

"The person who makes the decision about whether Iran will go back into the Iran nuclear deal, will assume its nuclear obligations under international law, is not the president of Iran, it is the supreme leader of Iran, and that person did not change from before the election," Sullivan said on CNN's State of the Union.

Bennett said Raisi's election as Iranian president was "the last chance for the world powers to wake up before returning to the nuclear agreement and to understand who they're doing business with."

"These guys are murderers, mass murderers: a regime of brutal hangmen must never be allowed to have weapons of mass destruction that will enable it to not kill thousands, but millions," he said.

Jewish nationalist Bennett came to power last Sunday after Israel's parliament approved a disparate coalition that gives him the premiership until 2023, when his main partner in the new alliance - centrist Yair Lapid - is due to take over.

Lapid, who became foreign minister as part of the coalition agreement, earlier this week pledged Israel "will do whatever it takes to prevent Iran obtaining a nuclear bomb" and said he was opposed to a revival of the 2015 deal.

Israel has long stated that it opposes arch-enemy Iran's nuclear programme, which it says could enable the Islamic republic to develop nuclear arms. Iran insists its nuclear program is intended for peaceful purposes.

Iran and Israel have been in a long-running 'shadow war' with both countries taking part in tit-for-tat actions. Iran's supreme leader Ayatollah Khamenei has reportedly called for the elimination of the state of Israel. In 2018, he described the country as a "cancerous tumour" that had to be removed from the region.

Earlier this month, Israel's outgoing Mossad intelligence chief signalled that Israel was behind a string of recent attacks targeting the country’s nuclear programme.

Iran blames Israel for the murder of its top nuclear scientist last year and an attack on one of its uranium enrichment plants in April.

Israel does not believe that Iran's nuclear programme is purely peaceful, and is convinced it is working towards building a nuclear weapon.

Raisi's win has come on the same weekend as negotiations to try and revive the 2015 Iran nuclear deal continue in Vienna.

The EU has said another formal meeting will take place on Sunday between Iran and the six world powers involved in the deal. This is the sixth round of indirect talks between the US and Iran, and this week officials said the parties remain divided on some key issues, Reuters reported.

A spokesman for the US State Department said the indirect talks would still continue after Raisi takes power.

The ultraconservative cleric Monday said he would not meet with President Joe Biden or negotiate over Tehran's ballistic missile program and its support of regional militias, sticking to a hard-line position.

"The US is obliged to lift all oppressive sanctions against Iran," Raisi said at his first news conference after Friday's election, a contest widely seen as a coronation after his strongest competition found themselves barred from running.

Asked about Iran's ballistic missile program and its support of regional militias, Raisi described the issues as "nonnegotiable".

Tehran's fleet of attack aircraft date largely back to before the 1979 Islamic Revolution, forcing Iran to instead invest in missiles as a hedge against its regional Arab neighbours, who have bought billions of dollars in American military hardware over the years. Those missiles, with a self-imposed range limit of 2,000 kilometres (1,240 miles), can reach across West Asia and US military bases in the region.

Iran also relies on militias like Yemen's Houthi rebels and Lebanon's militant Hezbollah group for counterbalance against enemies such as Saudi Arabia and Israel, respectively. 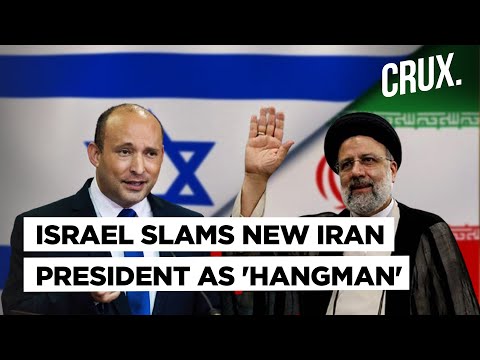