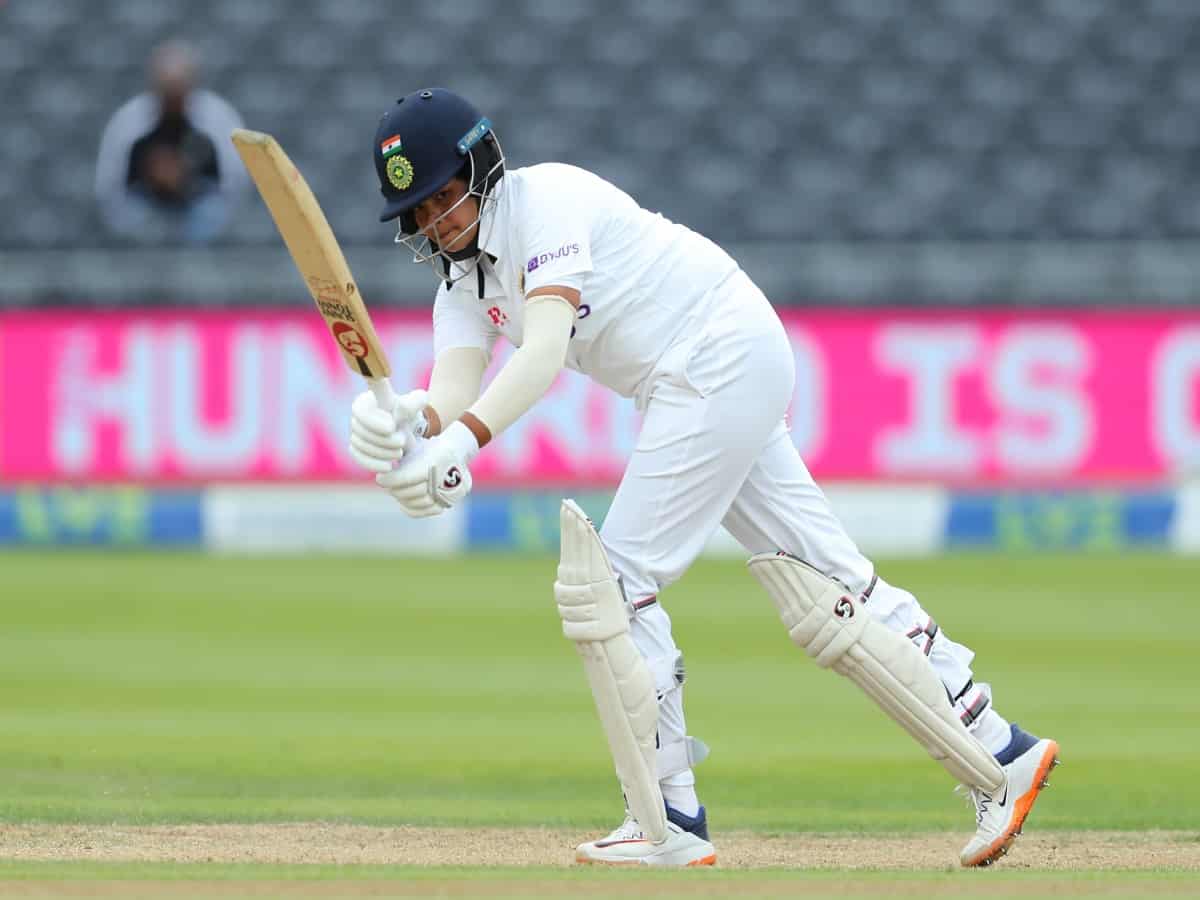 Bristol: She would “always regret” missing the hundred in a memorable Test debut but India’s teenage batting sensation Shafali Verma says her 96-run knock in the ongoing one-off game against England has also given her confidence to aim higher the next time.

Announcing her Test arrival in style, the 17-year-old lived up to her reputation and notched the highest score by an Indian woman cricketer on Test debut with a calculative and stroke-filled 152-ball 96 on Thursday.

She smashed 13 fours and two sixes during her 152-ball stay but her attempt to reach the century with a maximum proved costly as she mistimed a Kate Cross delivery which was caught by Anya Shrubsole.

“It’s always natural to feel bad to miss out on a hundred (on debut). I will always regret it, but this innings will give me a lot of confidence in the coming matches. I hope to convert it to a hundred the next time,” the Indian opener said in the virtual post-match media conference here.

The Haryana girl later took to Twitter to thank everyone for the support and backing.

“I would like to thank each and everyone of you for your kind words of support and for your wishes. It would not be possible to respond to each message individually. I am proud to be a part of this team and such wonderfully supportive teammates and support staff,” she posted.

“I know my father, my family, my Association, my team and academy will miss those 4+ runs more than me but I will make it up to them on other occasions. They have all been a huge support!”

During her knock, Verma shattered the record of Chanderkanta Kaul, who had scored 75 on her Test debut against New Zealand at Nelson in 1995.

“Whenever I go to play in a big match or series, I always stay confident, I never count my age. I just think about how to support my team and contribute in the best possible way,” she said.

The duo’s effort was India’s highest opening partnership, going past the 153-run mark stand between Gargi Banerji and Sandhya Agarwal against Australia in Mumbai in 1984.

Asked about her bonding with Mandhana, Verma said: “We always back each other and understand each other. She always lends great support to me and guides me, it helps me a lot.”

“We just played our natural game, hit the loose deliveries and kept on supporting each other. It’s about holding on to the crease,” she added.

The top-ranked T20I batter in the ICC women’s rankings curbed her natural instincts against the English new ball bowlers Katherine Brunt and Shrubsole.

“The strategy was to spend some time in the middle. Initially we got a few loose deliveries including some full toss ones.

“We could not convert them into boundaries as the focus was to play straight and stay on so we were laughing about it. It felt good to build this innings, showed respect to the bowlers.”

Asked about her preparation leading up to the Test debut, she said: “I always learn from every series. Like for this debut Test, I worked on choosing the right ball as well as on fitness. It feels very good to contribute to the team.”

Thanking the senior members of the team, she said: “Seniors always back me up and don’t put any pressure on me.

“It helped me play with a free mind and do well. They just asked me to play my natural game and that helped me in scoring this. From this series, I’ve learned to be patient.

“It’s very important to be patient as a batter. Also, I have learnt how important fitness is in these two days.”

Aggression comes naturally to Verma, who boasts of a 148-plus strike-rate in the shortest format.

“Growing up, my father would tell me and my brother that whoever hits more sixes will get Rs 10 or 15. If I’m doing well now it’s all because of my hard work and choosing the (right) balls.”

Via PTI – The Siasat Daily https://www.siasat.com