Monday, August 23, 2021
Three Indian nationals carrying three Sri Guru Granth Sahib are among the 46 Afghan Hindus and Sikhs expected to arrive in India on Monday a...

Three Indian nationals carrying three Sri Guru Granth Sahib are among the 46 Afghan Hindus and Sikhs expected to arrive in India on Monday as part of India's evacuation mission in view of the deteriorating security situation in the Afghan capital Kabul.

In a special India Air Force flight, there are three Sri Guru Granth Sahib, as well which are being escorted to India. Visuals surfaced of three Sikh men holding their holy books over their heads at the Kabul airport while waiting for the repatriation flight to arrive.

"I can confirm that the stranded Indian Nationals and 46 Afghan Hindus and Sikhs with three Sri Guru Granth Sahib Ji (holy book) are currently inside the Kabul Airport and are being escorted by International forces to the Indian Air Force aircraft on the ground," Chandhok said.

The aircraft is expected to land in an airbase later this evening.

In view of developments in Afghanistan, PM @narendramodi has instructed that MEA brief Floor Leaders of political parties.

Minister of Parliamentary Affairs @JoshiPralhad will be intimating further details.

The Centre's briefing is expected to focus on its evacuation mission from Afghanistan as well as its assessment of the situation in that country.

In a separate development, one more private plane carrying Indian nationals landed at the Indira Gandhi International (IGI) Airport on Monday morning. However, out of a total of 30 persons who have been evacuated from Kabul via Qatar, two have tested positive for COVID-19.

Speaking to ANI, Rajendra Kumar, Sub Divisional Magistrate said, "Two people coming from Afghanistan have been found COVID positive. They have been sent to LNJP Hospital." The second batch of 146 Indian nationals who were evacuated from Afghanistan via Doha arrived in the national capital on Monday on various flights.

Earlier on Monday, India brought back 146 of its nationals in four different flights from Qatar's capital Doha, days after they were evacuated from Afghanistan by NATO and American aircraft in view of the deteriorating security situation in the war-torn country.

People familiar with the development said the Indians were flown back to Delhi as part of India's mission to evacuate its citizens and Afghan partners from Kabul following its takeover by the Taliban over a week back, they said.

It was the second batch of Indians to be brought back from Doha after their evacuation from Kabul. A total of 135 Indians were flown back to Delhi from Doha on a special flight on Sunday.

Out of the second batch of Indians who returned home from Doha, 104 people were brought back in a Vistara flight, 30 by a Qatar Airways flight and 11 of them returned by an Indigo flight. One person returned by an Air India flight, they said.

India on Sunday brought back 392 people including two Afghan lawmakers in three different flights under the evacuation mission amid a continued scramble by various countries to rescue their citizens from Kabul.

The total number of people evacuees included the first batch of 135 Indians who were flown back from Doha.

It is learned that the Indians evacuated to Doha from Kabul were employees of a number of foreign companies that were operating in Afghanistan and they were flown out of Kabul by NATO and American aircraft.

The Taliban seized control of Kabul on August 15. Within two days of the Taliban's capture of Kabul, India evacuated 200 people, including the Indian envoy and other staffers of its embassy in the Afghan capital.

The first evacuation flight brought back over 40 people, mostly staffers at the Indian embassy, on 16 August.

The second aircraft evacuated around 150 people including Indian diplomats, officials, security personnel and some stranded Indians from Kabul on August 17.

The Taliban swept across Afghanistan this month, seizing control of almost all key towns and cities, including Kabul, in the backdrop of the withdrawal of the US forces. 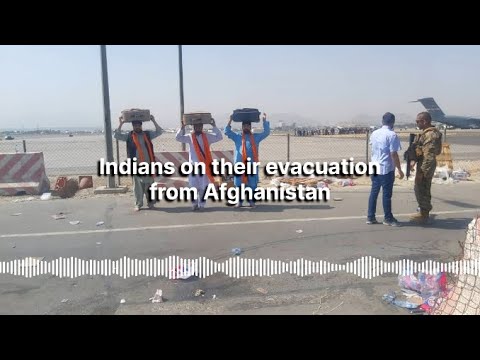