Tuesday, August 17, 2021
While several photographs and videos have emerged showing the plight of Afghans desperate to flee as the Taliban takes over, perhaps none be...

While several photographs and videos have emerged showing the plight of Afghans desperate to flee as the Taliban takes over, perhaps none better encapsulates the stark reality than this picture, which shows more than 600 people crammed into the US air force’s C-17 Globemaster III.

The image, obtained by US defence and security news site Defense One, shows the full-blown humanitarian crisis staring the world in the face.

"The Crew Made the Decision to Go:" Inside Reach 871, A US C-17 Packed With 640 Afghans Trying to Escape the Taliban | @TaraCopp and @MarcusReports https://t.co/lf3LajxzzX pic.twitter.com/6wg82LtfRc

Defense One reported that the 640 people, who were safely evacuated, are among the most passengers ever flown in the C-17. It said cited flight tracking software saying the massive aircraft belongs to the 436th Air Wing based at Delaware’s Dover Air Force Base.

“The crew made the decision to go,” a defence official told military news site Defense One, which obtained the image. “Approximately 640 Afghan civilians disembarked the aircraft when it arrived at its destination.”

On Monday, seven people were left dead in chaos after thousands of Afghans rushed onto the tarmac of Kabul's international airport. Some even held onto an American military jet as it took off and plunged to death.

Several videos showed hundreds of them running alongside a military carrier as it travelled along the runway. Some were seen clinging to the side of moving military planes and at least two reportedly fell to their deaths from the undercarriage soon after takeoff. People could be heard saying, “Look, one fell” and then, “Ohhh, another also fell.”

Video on social media shows people falling to their deaths from an aircraft that had taken off from Kabul airport, presumably having attached themselves from the outside. pic.twitter.com/9KHeiuawXj — TOLOnews (@TOLOnews) August 16, 2021

One showed a crowd pushing and shoving its way up a staircase, trying to board a plane, with some people hanging off the railings.

US military officials bitter as they watch chaos in Kabul

Meanwhile, the mood was somber in the corridors of the Pentagon, where US military personnel watched helplessly as chaos erupted at Kabul airport and privately criticized the slow pace of Joe Biden's administration in evacuating US-allied Afghans who fear Taliban retribution.

Some criticised the state department, which has sole authority to grant visas to former interpreters and other US military support staff and their families, for waiting more than two months to begin the process for Afghans in fear of their lives.

"We warned them for months, for months" that the situation was urgent, said one military official, speaking on condition of anonymity.

"I am not angry, I am frustrated," another officer remarked. "The process could have been handled so differently."

Biden decided in mid-April that all US troops must be out of Afghanistan by 11 September, though he later moved that date up to 21 August.

The state department however waited months to set up an ad hoc structure to get US allies to safety.

Another Pentagon official interviewed by AFP said that diplomats had tried to speed up the visa process, but the process was too long and complicated under the circumstances.

The Biden administration assumed that the US embassy in Kabul would remain open and that the Afghan government would retain control of the country for months after the US withdrawal, he said.

'Everything you're seeing is personal'

As soon as Biden announced the withdrawal, the Pentagon said it was making preparations for a mass evacuation.

But by mid-June the administration still did not consider an evacuation necessary and favored the granting of special visas — a process that can take up to two years.

It was only at the end of June that the White House raised the possibility of evacuating the Afghan interpreters before the end of the military withdrawal, and asked for the Pentagon's help.

A crisis cell was then set up to organize the reception of Afghan refugees on US bases as they waited for their visas to be issued.

Asked during a press briefing on Monday about the delay of more than two months between the announcement of the withdrawal and the creation of the crisis cell, its director Garry Reid stressed that the Pentagon could only act in "support of the state department."

State department spokesman Ned Price said that, when the administration realised that the situation was "quickly evolving," it launched what Operation Allied Refuge, which he described as "a gargantuan US effort not only to process, adjudicate and to grant visas to so-called Special Immigrants but to actually bring them to the United States with a massive airlift operation."

He said 2,000 Afghans have been brought to the US through the airlift so far.

The action group, Pentagon spokesman John Kirby said, got stood up in July.

"But you can go back to the spring and hear the Secretary (of Defence Lloyd Austin) himself talk about interpreters and translators and the sacred obligation that we know that we have to them," said Pentagon spokesman John Kirby.

"Everything that you're seeing in the last 48-72 hours is personal for everybody here at the Pentagon," Kirby added of the images coming out of Afghanistan.

"Many of us have spent time in Afghanistan over the years and feel a deep sense of connection to the current events," General Hank Taylor, the US military's chief of logistics, told the same news briefing.

With inputs from AFP 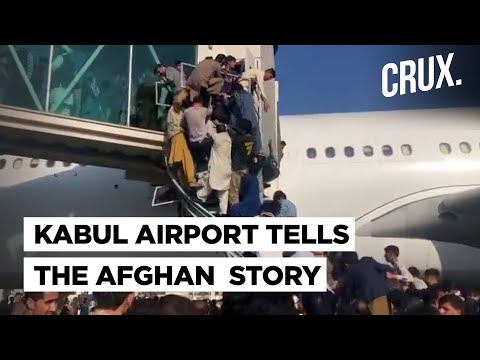