Wednesday, November 24, 2021
Koala's are Australia’s cuddliest marsupial natives who often suffer due to the continent’s extreme weather. Earlier in 2019, a video of...

Koala's are Australia’s cuddliest marsupial natives who often suffer due to the continent’s extreme weather. Earlier in 2019, a video of a Koala who approached a group of cyclists for water had gone viral on Instagram. The video left social media viewers stunned as the cyclist group offered the thirsty koala water from their own bottles during the height of the summer season. The scorching heat and  temperatures of over 40 degree Celsius had made the shy animal approach human beings in desperation.

A similar incident of a thirsty koala in Australia has gone viral on the internet again. A video of a koala sitting near a river in Australia is doing the rounds of the internet. The 30-second video shows a worn out and thirsty koala, resting alone under a tree. Even though the marsupial is seen seated near a river, it looks parched and exhausted by the heatwave. It seems that the koala has no strength to go near the river and drink water.

A lady sees the koala's state and offers it a drink from her own water bottle. Watch the video here:

The video is from Victoria, Australia, and was recorded in the year 2018, when a severe heatwave had affected the Australian continent. But it has recently gone viral on social media.

The koala’s thirst and exhaustion is evident in the video as he empties the water bottle within no time.

Many users praised the woman for helping the marsupial, others were concerned about the effects of climate change and that koalas were forced to bear the brunt of it.

Australia's heatwaves have impacted its wildlife adversely. More than 60,000 koalas were injured or hurt due to wildfires in 2019, as per Al-Jazeera. The devastating wildfires saw the marsupials often suffer from smoke inhalation, heat stress, dehydration, trauma, injury and death. 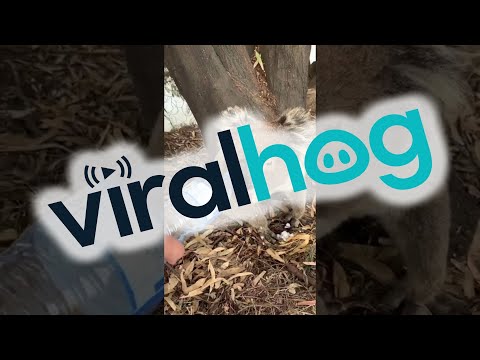