Saturday, January 8, 2022
As the world remembers physicist and one of history’s most influential scientific minds Stephen Hawking on his 80th birth anniversary, Googl...

As the world remembers physicist and one of history’s most influential scientific minds Stephen Hawking on his 80th birth anniversary, Google celebrates the day with a two and a half minute-long special animated Doodle. The video, which has been made to honour the English cosmologist, also shares his journey to the world through a dedicated post.

The video features a narration in the physicist’s own computer-generated voice outlining his work. It also includes a deep message of hope for the future. Illustrated by Matthew Cruickshank, Hawking's voice was used in the Doodle only after the approval of the Hawking estate.

“From colliding black holes to the Big Bang, his theories on the origins and mechanics of the universe revolutionised modern physics," Google shares a note adding, "His best-selling books made the field widely accessible to millions of readers worldwide."

Born on this day in 1942 in England’s Oxford city, Stephen William Hawking was always fascinated on how the universe functions from a young age. Due to his curiosity and intellect, he earned the nickname ‘Einstein’.

When he was 21 years old, Stephen Hawking was diagnosed with a neurodegenerative disease. This illness slowly confined him to a wheelchair, following which he lost his speech. His only way of communication was through a speech-generating device.

After being diagnosed with neurodegenerative, Hawking’s future wife Jane Wilde and music composer Richard Wagner motivated him to devote himself to math, cosmology and physics.

Before procuring a Ph.D. from the University of Cambridge, Hawking graduated with a BA degree in Physics from Oxford. As his fascination and obsession grew with black holes, that became the foundation for his studies and research.

In the year 1974, Hawking came up with a breakthrough contribution towards physics where he discovered that certain particles could escape black holes. Then, Hawking began his career at Cambridge's Gonville and Caius College as a research fellow.

In 1979, Hawking's work on black holes led Cambridge University to appoint him as the Lucasian Professor of Mathematics. In 2017, his doctoral thesis was released to the public on a website of the varsity. The legend breathed his last in 2018 at the age of 76. 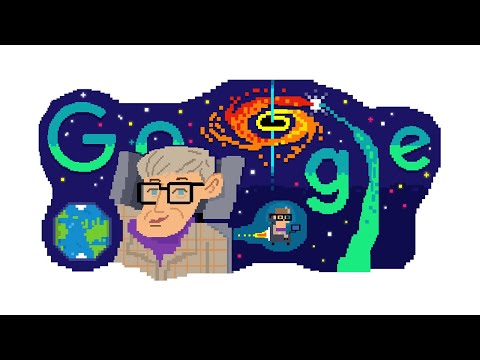