'Freedom should exist for others as well': S Jaishankar hits out at critics of Russian crude oil purchase

Saturday, June 4, 2022
New Delhi: If Europe manages to procure oil and gas from Russia in a way to ensure that the impact on its economy is not traumatic, that fr...

New Delhi: If Europe manages to procure oil and gas from Russia in a way to ensure that the impact on its economy is not traumatic, that freedom should exist for others as well, External Affairs Minister S Jaishankar said on Friday.

His comments at an interactive session during a conference in the Slovakian capital Bratislava came against the backdrop of mounting Western criticism of India's import of discounted Russian oil.

To a question whether India was allowing the “trans-shipment of oil”,.Jaishankar said he had “not even heard about anybody in India thinking along the lines of [buying Russian oil and selling it to somebody else]”.

He also criticised Europe for double standards in holding India to account for buying Russian oil, while making exceptions for its own countries that import Russian oil and gas.

Animated discussion, reflecting a perspective from India and the Indo-Pacific.

"Today, Europe is buying oil and gas from Russia and a new package of sanctions is designed in a way considering the welfare of the people while timelines have been set for reducing Russian energy imports with no immediate cuts, he said.

Jaishankar was asked about reports of a nine-fold increase in India's import of crude oil from Russia.

"If Europe manages in a way that impacts on the economy is not traumatic, that freedom or choice should exist for other people as well. India is not sending people out 'saying go buy Russian oil', buy the best oil in the market, no political messaging should be attached to this," he said.

Read: S Jaishankar: From a seasoned diplomat to an assertive and outspoken Foreign Minister

"A country like India would be crazy to get oil from somebody and sell it to somebody else. This is nonsense," he said.

To another question on whether India is not funding Russia's war by buying oil, he wondered "if buying Russian gas is not funding the war", an oblique reference to various European nations procuring gas from Moscow.

He also said that if countries in Europe and the West were so concerned, why were they not allowing Iranian and Venezuelan oil to come to the market. "They've squeezed every other source of oil we have and then say, okay guys, you must not go into the market and get the best deal for your people. I don't think that's a very fair approach," Jaishankar said.

Asked about India banning the export of wheat, he suggested that it was done to prevent diversion to high-income countries and to not give those involved in speculative trade open access to the Indian market.

Jaishankar said India has been exporting wheat to several countries. "But what we then saw was a kind of run on our wheat, a large part of it done by international traders based out of Singapore and, maybe to some degree, Dubai and the result was the low-income countries, many of whom were our traditional buyers like neighbours Bangladesh, Sri Lanka and Nepal, the Gulf buys regularly Yemen Sudan, low-income buyers were being squeezed out," he said.

Jaishankar said wheat was being stocked for being traded, and, in a way, India's goodwill was being used for speculative trading.

"So we had to do something to stop that. Prevent diversion to high-income countries with a greater possibility to buy like with vaccines," he said.

Read: How Jaishankar’s recent statements convey that India is no pushover in post-Cold War world

Jaishankar said the decision was required to not give the speculators open access to the Indian market so that Indian customers and the least developing countries get the supplies. He said India is still open to supplying wheat to any deserving country. 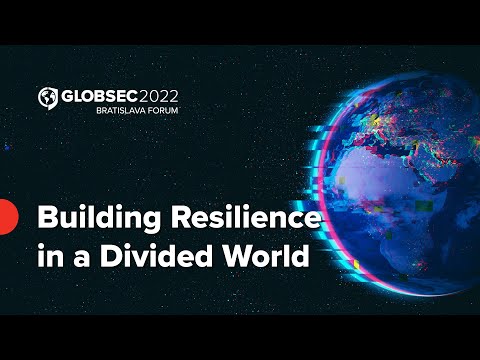